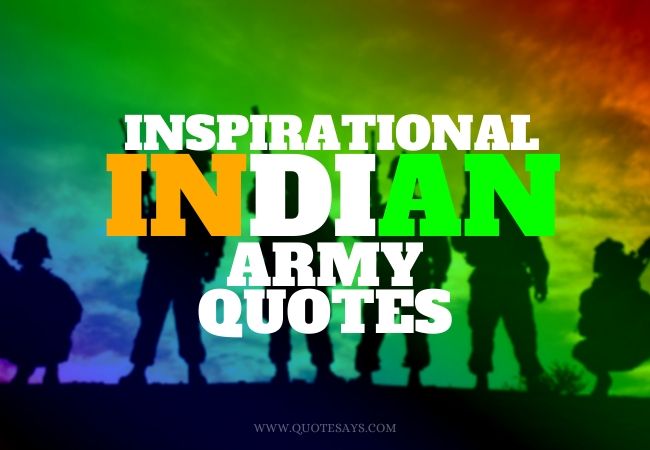 Jai Hind Guys when it comes to Indian Army you know we never fall back to support them emotionally or even financially we have a lot of respect in our heart for them, just because of them we are free to hang out in the country so we do respect our Indian army, just for that here we have the great collection of Inspirational Indian Army Quotes which can inspire you a lot to respect our Indian army, so must download these emotional & some of the strongest Indian army quotes & don't forget to share with our friends & family Member!

1. God may forgive the Terrorists but we can not! 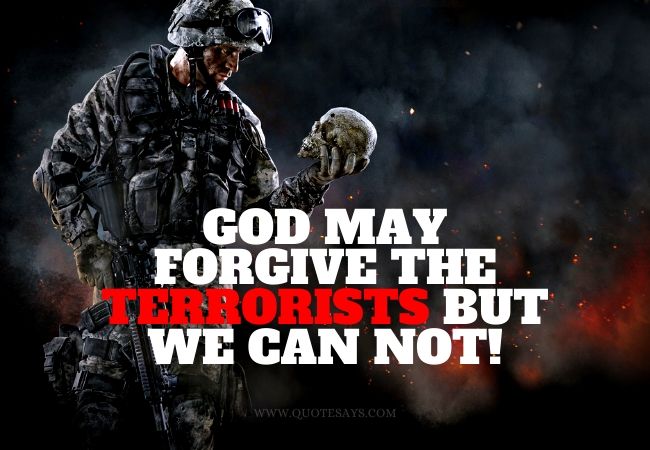 2. Being in an Indian Army has only one motto, We DARE to DIE! 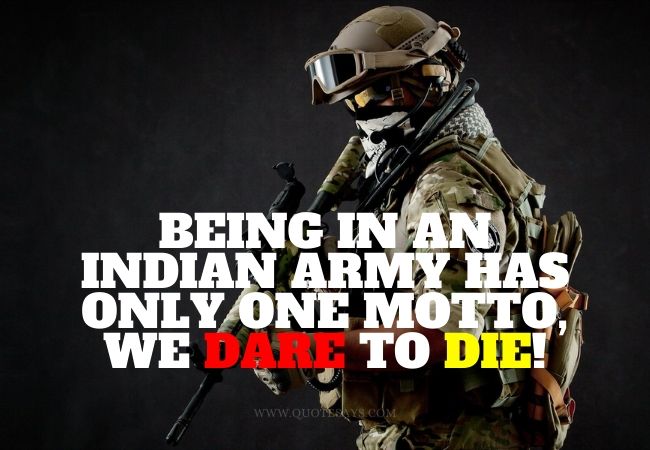 3. Forgiving Enemies is God's duty, but the Fixing meeting with God is our Duty! 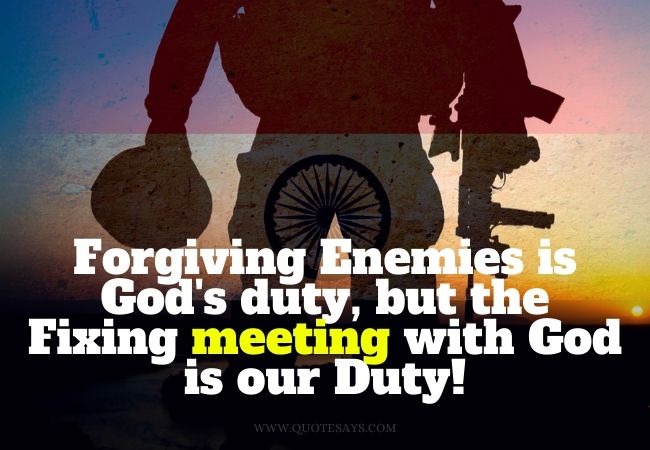 4. It's not the craziness, it's the true love to get wrapped in an Indian Tricolour! 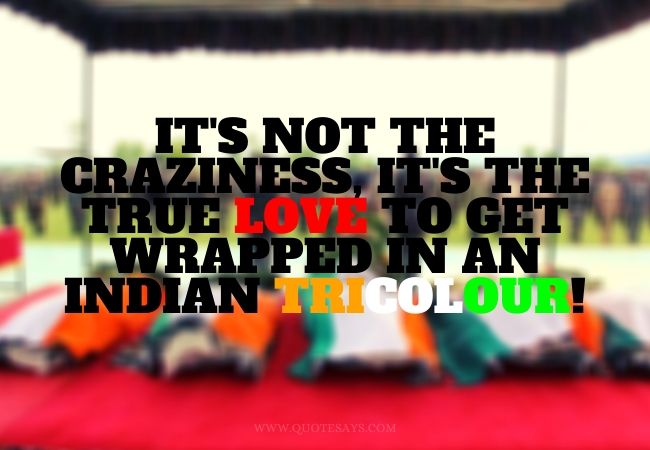 5. Check my blood I swear it will be in saffron, white & green Colour!

6. If I go back wrapped in a tricolour tell my brother to be happy because now the bike key is your Permanently! 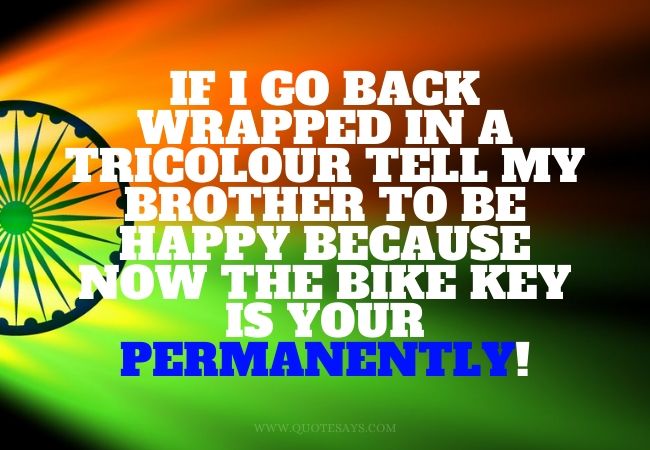 7. Tell my love to never cry because I am an Indian soldier who has always born to Die!

8. Only the best of the friends & worst of the enemies visit Us! - Indian Army 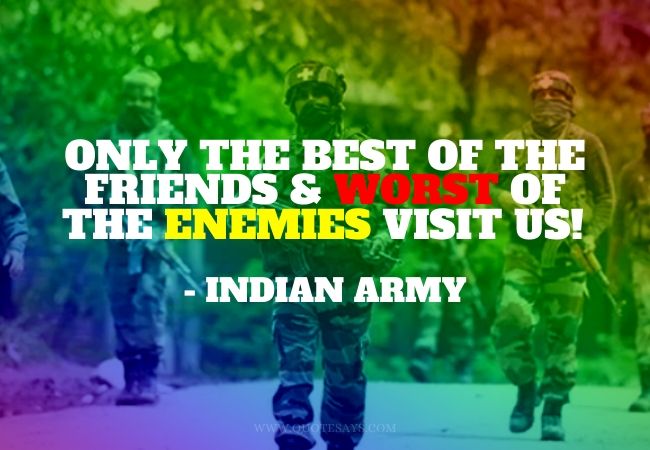 9. When Army is on the mission we first fight with terrorists, Than with the Death!

10. If the man says he doesn't fear from death, he might be lying or He must be from the Indian Army! 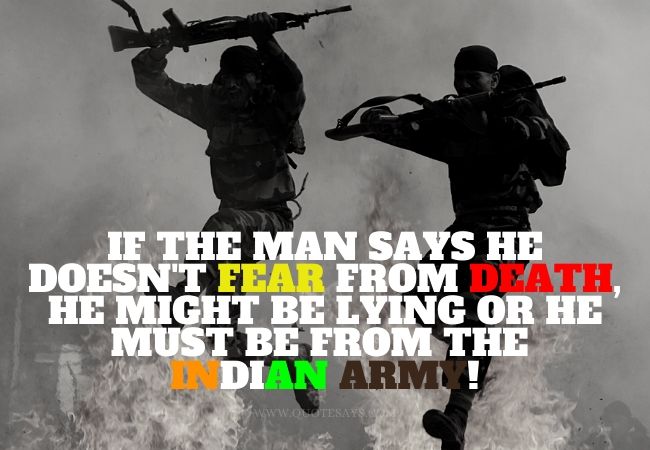 11. We don't fight with terrorists to kill we fight with them because they have an appointment in Hell! 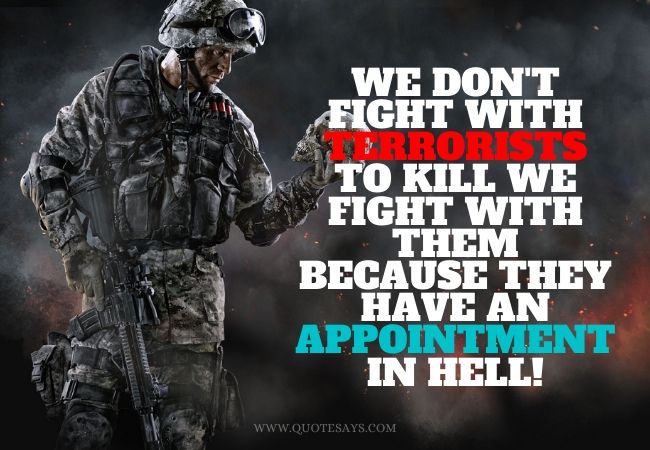 13. Even if we get older, We get called by Soldier!

14. Happiness costs money, but freedom cost the sacrifice of the Soldier!

15. The waving flag is the inspiration for a soldier to sacrifice every day for the Country!

16. We know people of India has deep believed in us that is why we never fear to Die! 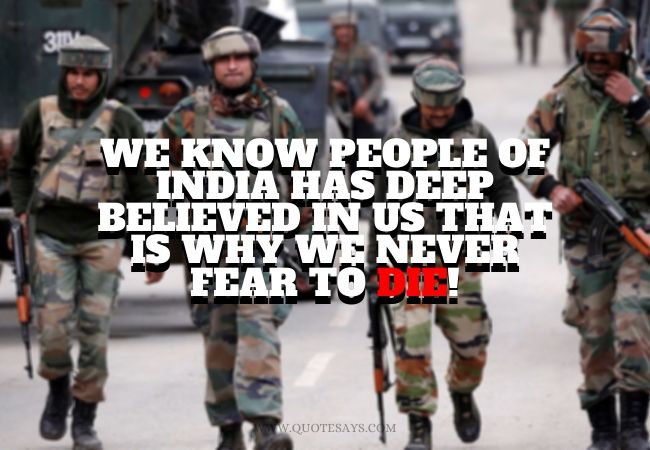 17. India calls us by Commandos you know why because, we have born to follow the command till our Death! 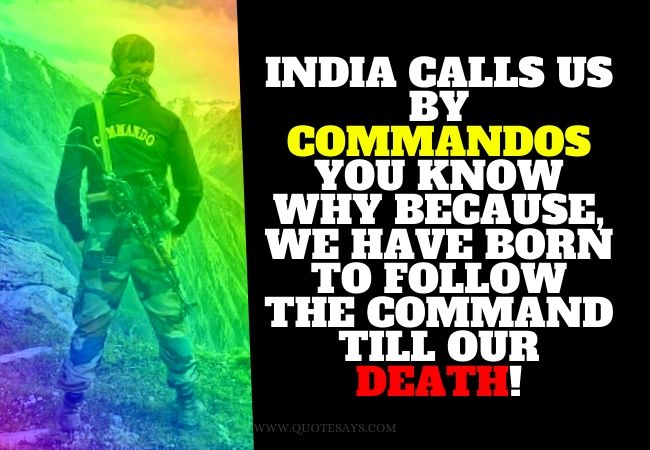 18. If you want to know how to deal with death join Indian Army right Now!

20. They tell us to marry, but I told them that I am already married to my country when I was Born!

21. If Indian soldier doesn't want to marry, you must get that he is already in love with his Country! 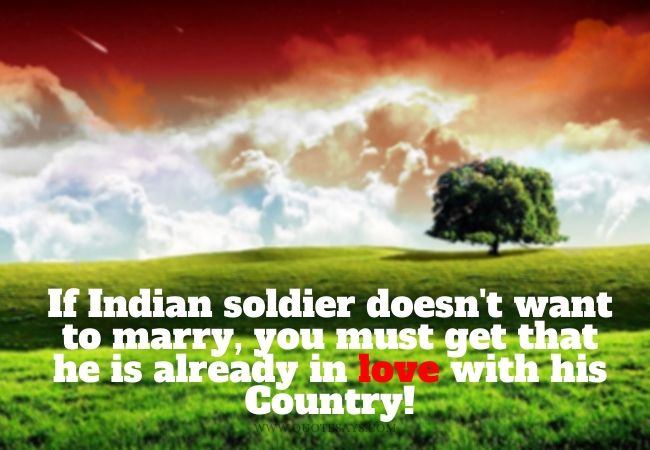 23. When it comes to love you must learn from an Indian Army!